WhatsApp, Telegram, Signal; Which Is Safer?

WhatsApp, Telegram, and Signal are instant messaging applications that provide a superior alternative to the traditional means of messaging like emails and text messages. Instant messaging apps now provide more social features like video calls, enhanced security which are not readily available on emails.

Also, asides from internet charges you do not have to pay extra to message people outside your country as is the case with text messages. These applications exist as a great tool of communication and directly affect society and the IT industry as a whole.

The safety of any information online is paramount to users and owners of such information. No one would be eager to use any messaging app is they were worried that someone somewhere might be spying on them and reading their messages. This article will consider 3 instant messaging applications comparing their features and security.

Signal is a cross-platform centralized encrypted messaging service developed by the Signal Technology Foundation and Signal Messenger LLC. Users can send one-to-one and group messages, which can include files, voice notes, images, and videos. It can also be used to make one-to-one and group voice and video calls, and the Android version can optionally function as an SMS app.

Signal is the instant messaging app that takes the user’s privacy & security seriously. When it comes to security and privacy it is better than any other messaging app. Signal enforces end-to-end encryption on every form of communication that’s available within the app.

It also uses a sealed sender protocol where no one including signal knows who the sender of a message is. The encryption of local backups is also available on Signal. Although WhatsApp and Signal use the same end-to-end encryption protocol, Signals is better because it’s open source. 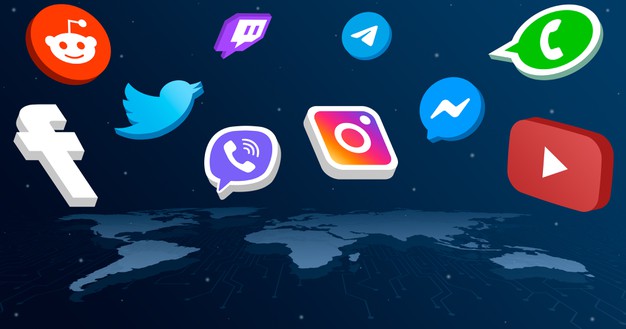 WhatsApp is a mobile messaging application that allows users to send text messages and voice messages, make voice and video calls, and share images, documents, user locations, and other content.

The application is designed to run on both mobile devices and desktop computers, as long as the user’s mobile device remains connected to the Internet while they use the desktop app. The service requires a cellular mobile telephone number to sign up.

WhatsApp is the leading messaging app on both android and IOS devices. It has some distinctive features like WhatsApp payment, status, and others that other instant messaging applications do not have. However, the number of people that WhatsApp can accommodate on a group chat is a very limited number of 256 compared to Telegram’s 200,000 group chat members.

WhatsApp is also known for its end-to-end encryption which means all voice calls, chats, video calls, photos, and information shared on WhatsApp are secured and encrypted.  WhatsApp’s main security challenge is that it doesn’t encrypt any form of backup and backups are stored on goggle or apple cloud. Also, it doesn’t encrypt the metadata used to carry the communication between the two endpoints.

Telegram is a cloud-based mobile and desktop messaging app with a focus on security and speed. The security provided by Telegram is questionable when compared with telegram and WhatsApp. There is no default encryption for communications on telegram and only chats exchanged through the secret chats icon that is encrypted and regular conversations are not. Telegram uses its own encryption protocol, MTProto.

The protocol is acceptable, but it’s a closed-source protocol. So, security researchers can’t verify the protocol used to encrypt the chats. One advantage telegram offers above WhatsApp and signal is that it allows users to create a group chat that accommodates as many as 200,000 members.

In summary, each of these instant messaging applications has its distinct features and selling point just like different web hosts have their uniqueness.

However, if you are particular about the security of the information you share online; our opinion is that Signal is the best choice. If you love to communicate in groups, then Telegram might be the best pick for you and listed hosting is your guaranteed choice for a web host. I hope this article helped you!

Tags:
instant messaging, signal, telegram, whatsapp
Newer Most Important Features Of a Web Host In Nigeria
Back to list
Older How Long Should A Domain Transfer Take