16 Fun Facts About The History Of Computers

A computer is a machine that can store and process information and it comes in different shapes and sizes from smartphones to supercomputers weighing more than 300 tons. We can say the history of computers began with simple adding machines, however, the invention of the transistor and multiprocessor in the 20th century led to the modern-day computer. The computer as we know it today began in the 19th century when Charles Babbage designed the Analytical Engine.

However, before the power of computing could be realized, the naive view of using computers for only calculations had to be conquered. The investors of the computer had to learn that what they were investing was not merely a number cruncher, they had to figure out a way to make the computer solve all kinds of problems even problems that were not yet imagined, and to do this they had to invent programming.

With the increasing number of internet users in the late 1990s business profited from the efficiency of the computer systems and the networks that connected them which included the ability to coordinate designs, manufacture, distribution, and sales.

Also, global trading in real-time was made possible in ways never seen before, changing the way transactions were previously done. From the first Laptops in the 1990s to the PDAs and smartphones of today, it has become possible to work and do business across the world. 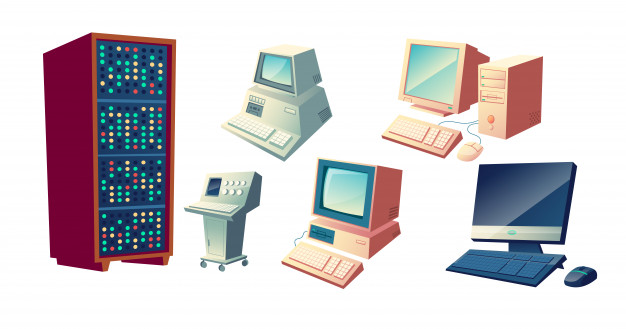 Just as computers and the demand for them evolved and grew rapidly, website hosting has also evolved and become increasingly popular in recent times. In the past website hosting was majorly used by universities and big institutions to pass across information mostly because it was very expensive.

However, in today’s world, website hosting has not only become affordable it has also become a very important component in the growth of any company such that small, medium and big businesses now have websites and employ the services of a web host.

At Listed Hosting we are one of the foremost and trusted web hosting and domain name providers in Nigeria.

Tags:
16 fun facts about the history of computers, computers, history
Newer 6 Importance Of A Domain Name
Back to list
Older Why is Domain Privacy Important